A Sunny Itinerary for 7 Days in Greece 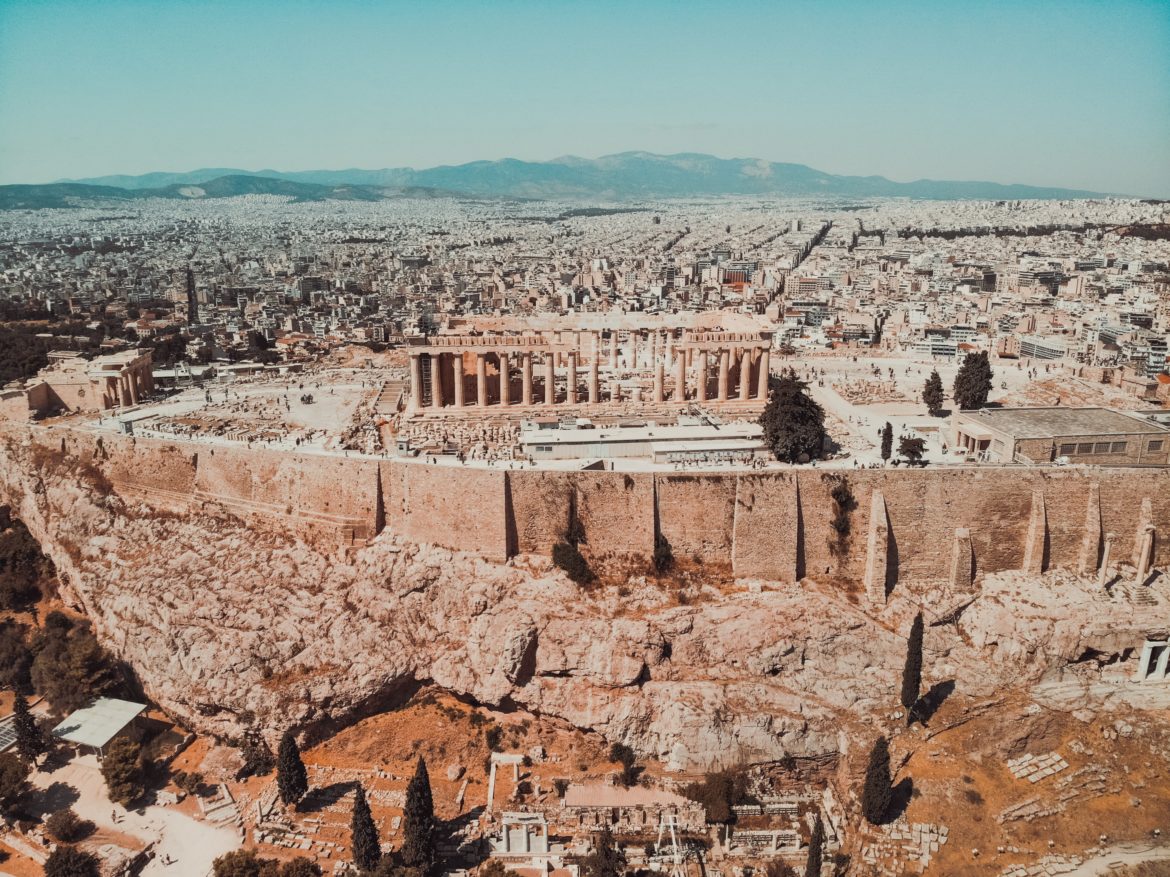 You hear the word ‘Greece’, and you are instantly transported to a scene of jaw-dropping sunsets, white-washed buildings and pristine beaches all fronted by the impeccably beautiful Mediterranean Sea. Alternatively, perhaps for you, Greece’s ancient history, sun-bleached historical ruins and socially-spirited locals spring to mind. The beauty of Greece is that it is everyone’s perfect destination.

As the wise proverb goes ‘a full stomach makes a happy heart‘, Greeks certainly abide by this. The core of Greek cuisine sits in over 4,000 years of time-honoured recipes, fresh local ingredients and a twist on the Mediterranean palette. Olive oil is the essential condiment, accompaniment and base to regional dishes throughout the country. However, it’s the variation of each region’s recipes, cooking styles and local produce that make travelling Greece a culinary adventure. Influenced by its Mediterranean counterparts, Greek cuisine takes the best parts of the land and sea to deliver a delicious array of dishes which often form the backbone of your trip.

The best Greece itinerary, 7 days or longer, is sure to have you stepping foot on one of the country’s 227 inhabited islands. Whether you’re looking to hike up dormant volcanoes, wander through cobblestone old town streets and ramble through olive groves and vineyards, the Greek isles deliver. That’s before you’ve stepped foot on one of the pristine, white-sand beaches fringed by spectacularly clear waters. Dedicated beach bums, keen thrill-seekers and history buffs will all find contentment on the islands.

For an alternative 7-day trip to Greece, stick to the mainland and you’ll discover that the roots of western civilisation were planted in Greece. Marvel at the monasteries reached by rock-hewn steps atop towering monoliths, step into the very ring where the first Olympians competed and marvel at the grandiosity of Delphi. While many will rush to the islands on their 7-day trip to Greece, there’s much to be discovered on a Greece mainland itinerary.

Whatever takes your fancy, you can combine in all to create your perfect trip to Greece. 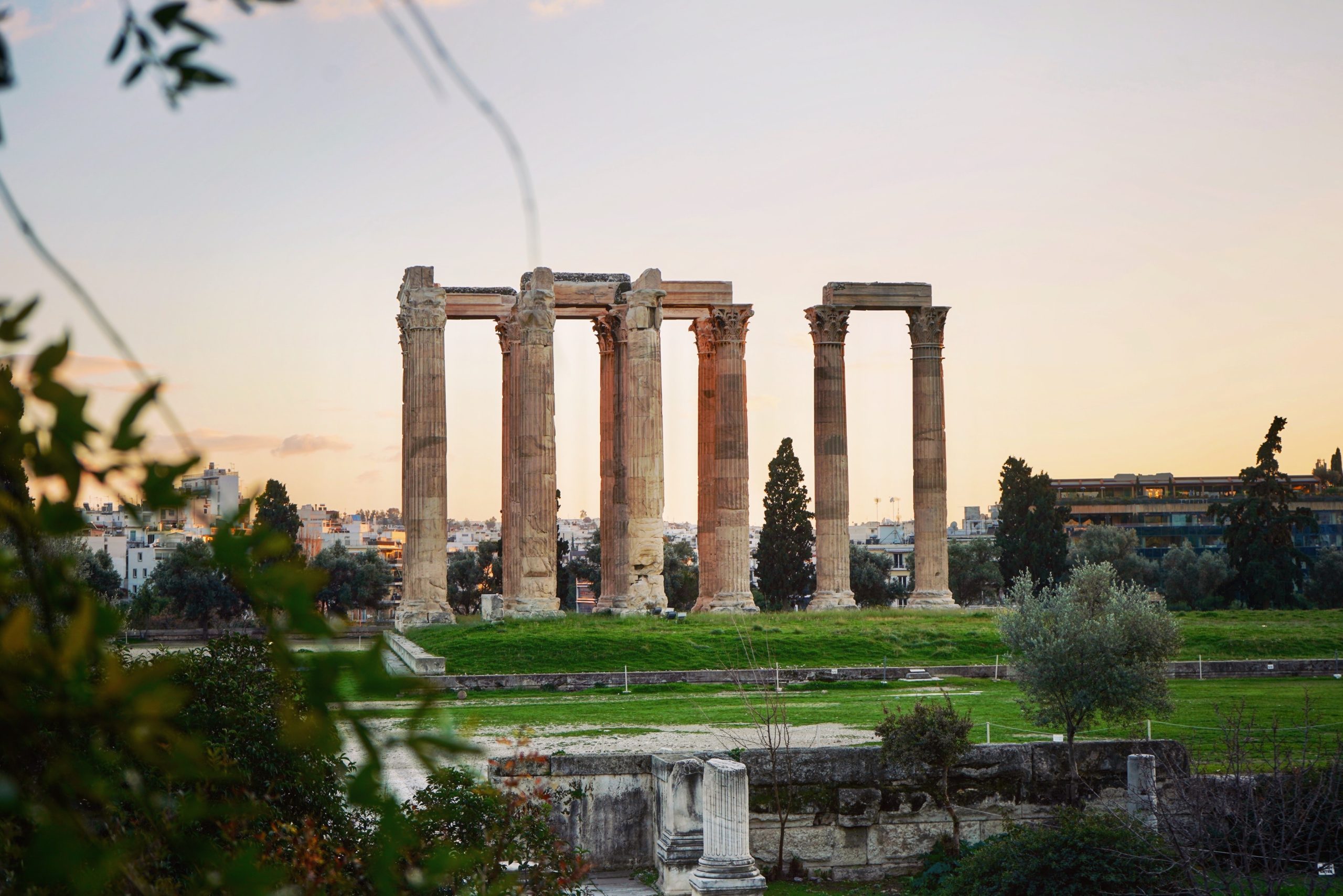 Perfectly blending the Greek islands with an Athens itinerary, this 7-day trip begins in the capital city and makes its way to the lesser-known -but no less spectacular- islands of Naxos and Paros. This is a Greece 7-day tour that effortlessly combines ancient history, authentic scenic beauty and the highlights of Greek culture.

Your 7-day Greece travel itinerary begins in Europe’s historical capital, Athens. Inhabited since the Neolithic age, Athens is easily one of the world’s most emblematic cities. Touring Athens is like taking a journey back in time over 3,000 years. You can use this first afternoon to explore the city on your own and find the perfect little tavern to while away the evening.

Day 2 – Tour of Athens & Catch the Ferry to Paros

The rest of your 7 days will be spent on a Greek island-hopping itinerary, heading to two of the most authentically beautiful Cycladic islands, Paros and Naxos. Before you catch the ferry to Naxos, you’ll spend the morning on a sightseeing tour of Athens, observing the striking contrasts that make Athens the fascinating city it is. You’ll tick off the Panathenaic Stadium, the Temple of Olympian Zeus, Hadrian’s Arch, Parliament, the National Library, Constitution Square and the Acropolis before heading to Paros. 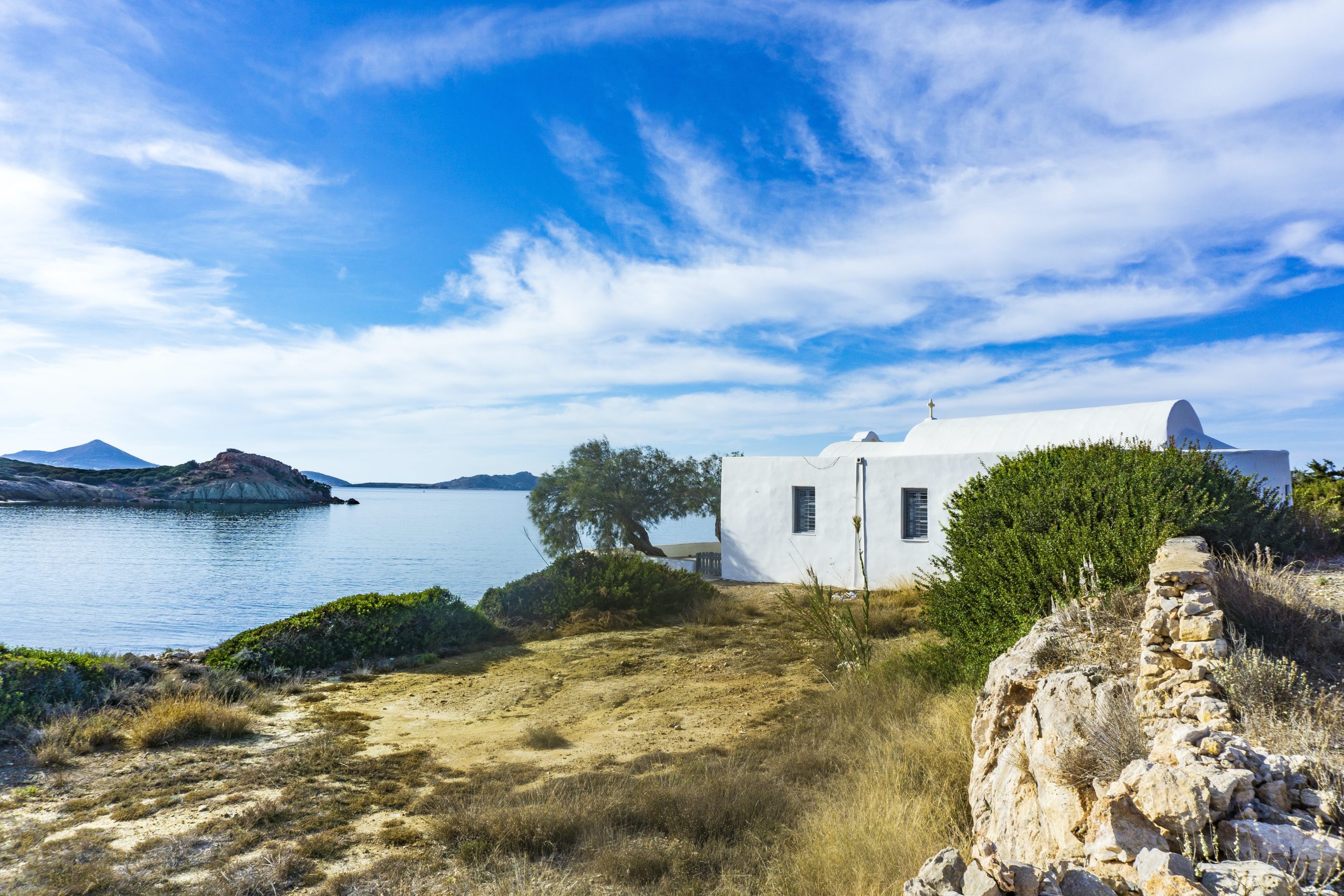 Today on your 7-day tour of Greece, you’ll explore the island of Paros with a local guide. Picturesque golden beaches, traditional old town Cycladic architecture and its old churches are just a handful of the things that make Paros Island so special. You’ll stroll the cobbled streets of 13th-century old towns, visit one of the oldest churches in Greece, visit traditional villages, take in breathtaking views, lounge on some of the island’s best beaches and more on this discovery tour.

Today, your driver will transfer you to the port to catch your one-hour ferry to Naxos. Offering a unique insight into Greek history, Naxos is a wonderful island of white-washed buildings, Venetian architecture representative of the several-century rule and typical Greek atmosphere. You’ll have the remainder of the day to explore the island on your own; head to the beaches, find a traditional tavern with your name on it or take one of the hiking trails to a secluded viewpoint. 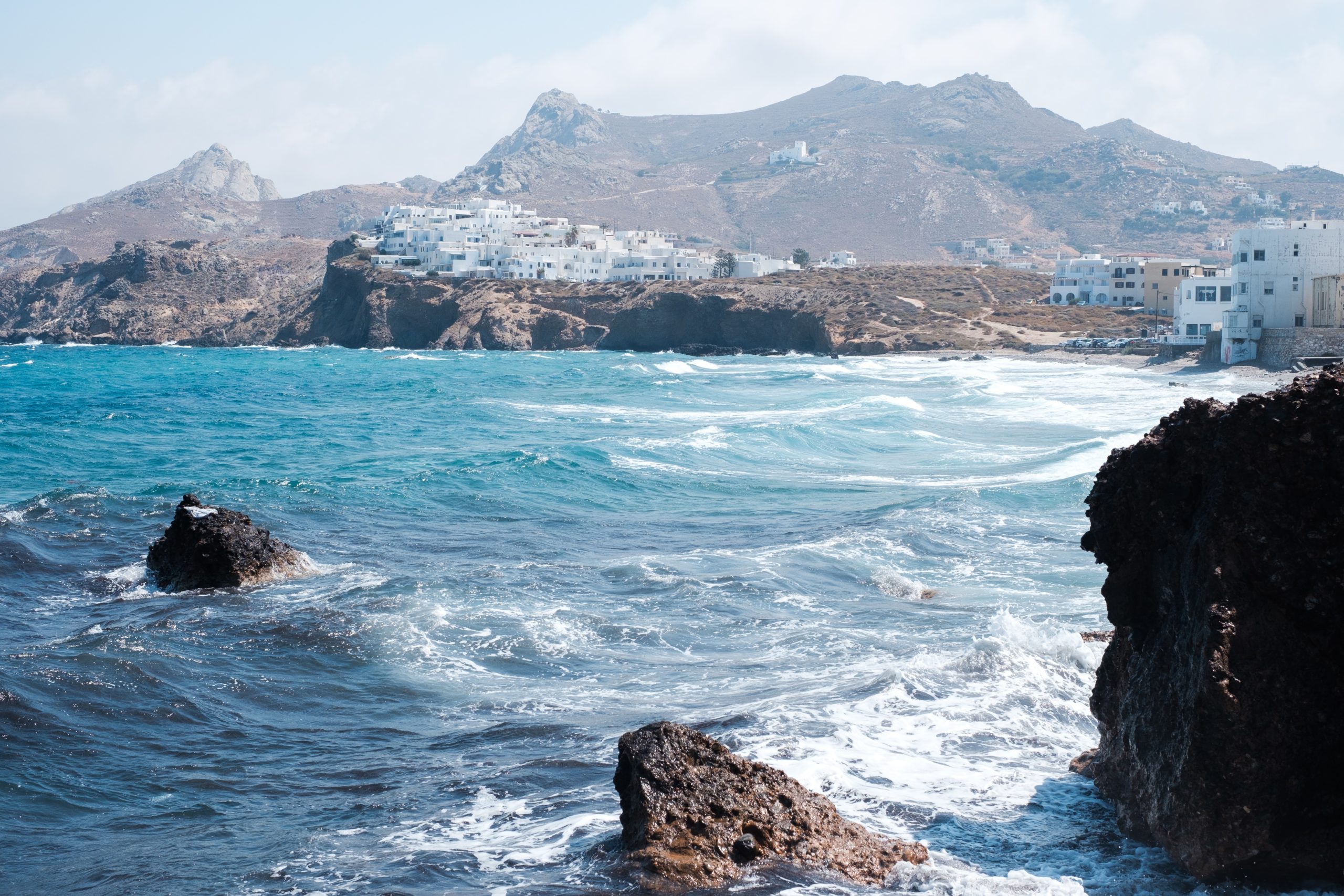 In just one day, you and your accompanying local guide can cover a breadth of destinations in Naxos. Beginning in the town, you’ll make your way through traditional island villages, pottery shops and pristine beaches. You’ll weave through streets lined with Byzantine churches, distilleries and Venetian mansions. A highlight of your 7-day Greece itinerary will be when you stop for lunch and a swim in the northern village of Apollonas before heading back down the coastal road to your hotel.

Your island-hopping itinerary in Greece comes to an end today as you prepare to travel back to Athens. The ferry takes 4.5 hours, and when you arrive, you’ll be transferred to your hotel. As it’s your last night of your Greek islands and Athens itinerary, it is the perfect time to experience the famous Athens nightlife! Athenians know how to party; in the city, there’s an excellent range of bars, restaurants and clubs to enjoy.

Today, your wonderful Greece tour comes to an end. You’ll have the morning free to explore, pick up some last-minute souvenirs or spend some time in the sun before you driver takes you to the airport for your departing flight. 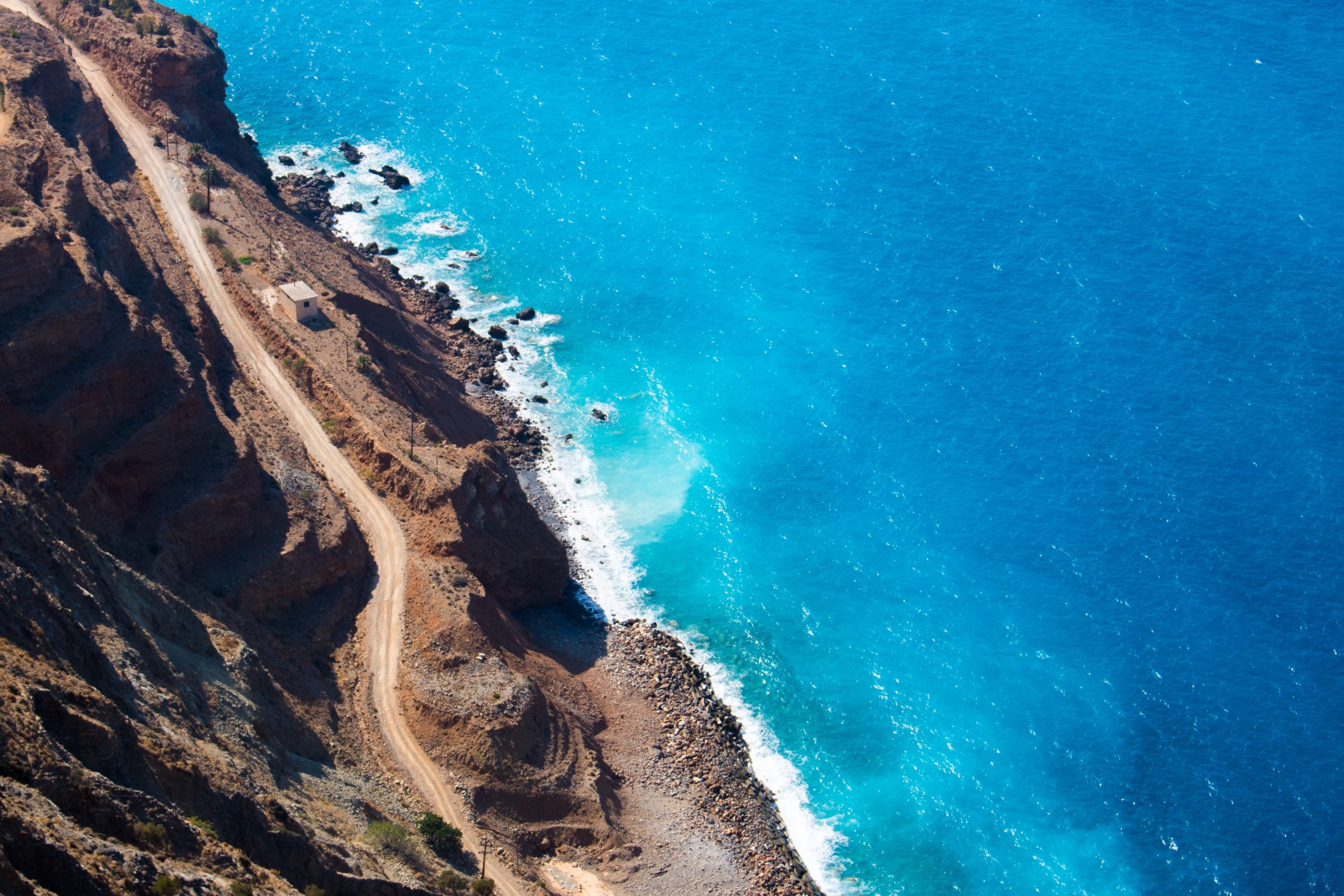 Bucket-List Tickers: 7 Things You Have To Do in Greece

Greece presents a never-ending list of things to see and do. With thousands of islands to explore, several millennia of history to delve into and traditions that demand your attention and tastebuds, to see everything in Greece, you would need several months. However, without that time, you can use this list to begin planning your best 7-day itinerary in Greece!

1. Step Foot in the Panathenaic Stadium in Athens

One of the most significant historical monuments in the whole of Greece, the Panathenaic Stadium held the first modern Olympic Games in 1896. Every four years since, the Olympic flame starts its journey from this very stadium to the cities of the Olympic Games, both summer and winter. On this 7-day Athens Greece itinerary, you’ll spend a week on a discovery tour of the iconic sites of Athens and its surroundings.

2. Hike the Longest Gorge in Europe in Crete

Home to 400 gorges dotted all over, hiking in Crete is a unique way to explore the island. One of the hikes that you should not miss is the impressive Samaria Gorge, regarded as a sacred place by many locals. Throughout the hike, you’ll encounter wildflowers, remnants of pretty villages and even the protected Cretan wild goat. You can take on this famous trail as well as many others on your very own Crete itinerary of 7 days or more.

If you want to uncover the true delights of this country, then your 7-day itinerary in Greece should be solely planned around authentic Greek gastronomy. A country renowned for culinary delights, each region in Greece boasts its own cuisine, taking historical influence from its neighbours and making them it’s own. Head out with a local on an Athens food tour, cooking with a Greek family in Naxos and embark on a sunset wine and dine cruise in Santorini on this Greece tour for foodies! 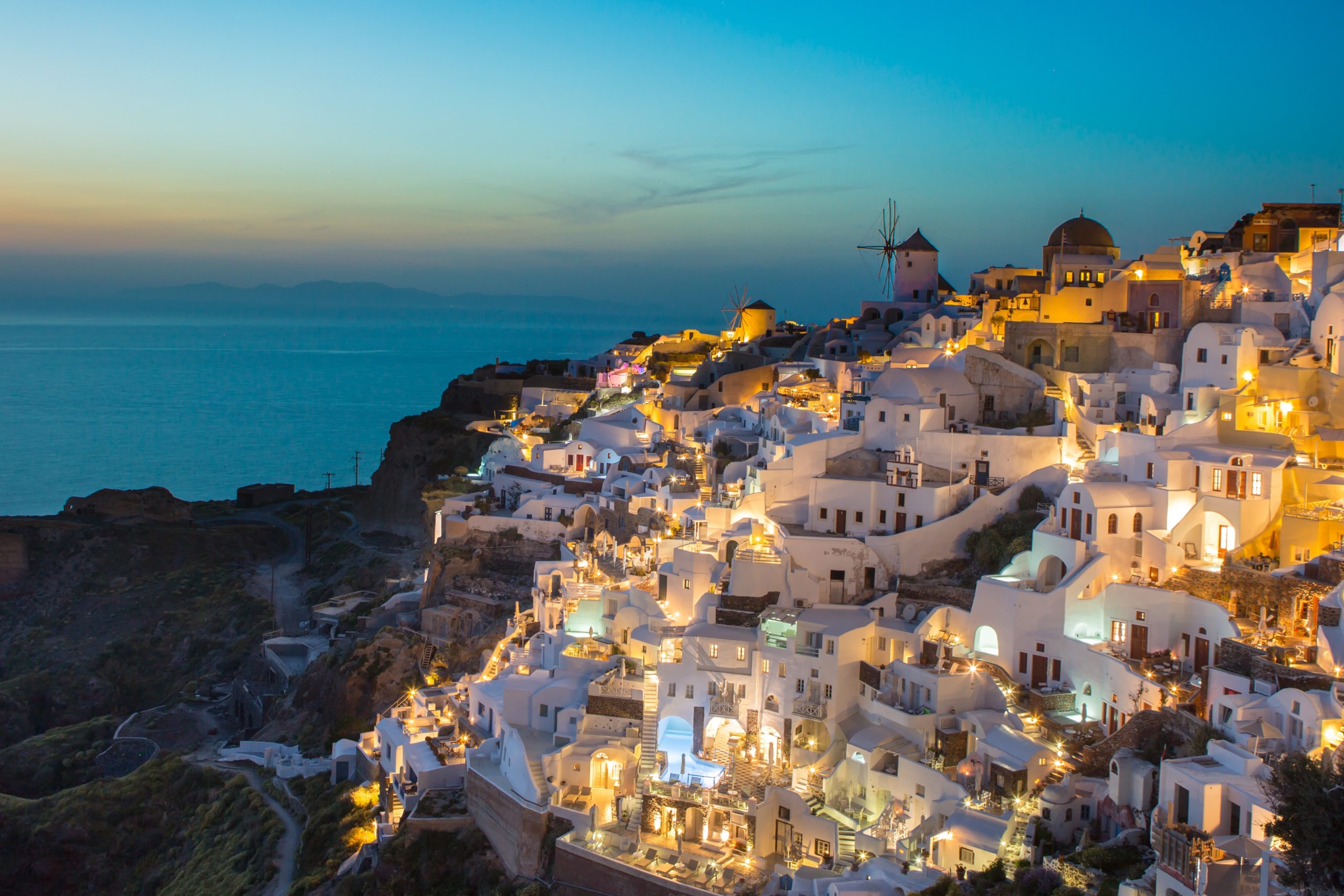 4. Watch the Sunset in Santorini

A Greece honeymoon itinerary doesn’t get more romantic than this! Santorini is an island renowned for its dramatic volcanic scenery, stunning cliff setting and unparalleled sunset views. On this honeymoon itinerary for Greece, you’ll split your time between two of the country’s most romantic destinations, Athens and Santorini. You’ll bring your memorable trip to an end with a unique catamaran experience sailing close to the white-washed island’s magnificent caldera cliffs at sunset!

5. Visit Ancient Olympia, the Birthplace of The Olympics and One of the Seven Wonders of the Ancient World

Set in the picturesque valley of the Alpheios River, the ancient site of Olympia is one of the celebrated sanctuaries of ancient Greece. Dedicated to the Greek god, Zeus, Olympia has been inhabited since prehistoric times. The original birthplace of the Olympics, you can visit the Stadium of Olympic where the original Olympic Games were held from 776 BC onwards. Olympia is one of the best places to see in Greece in 7 days and should definitely be on your itinerary of mainland Greece. 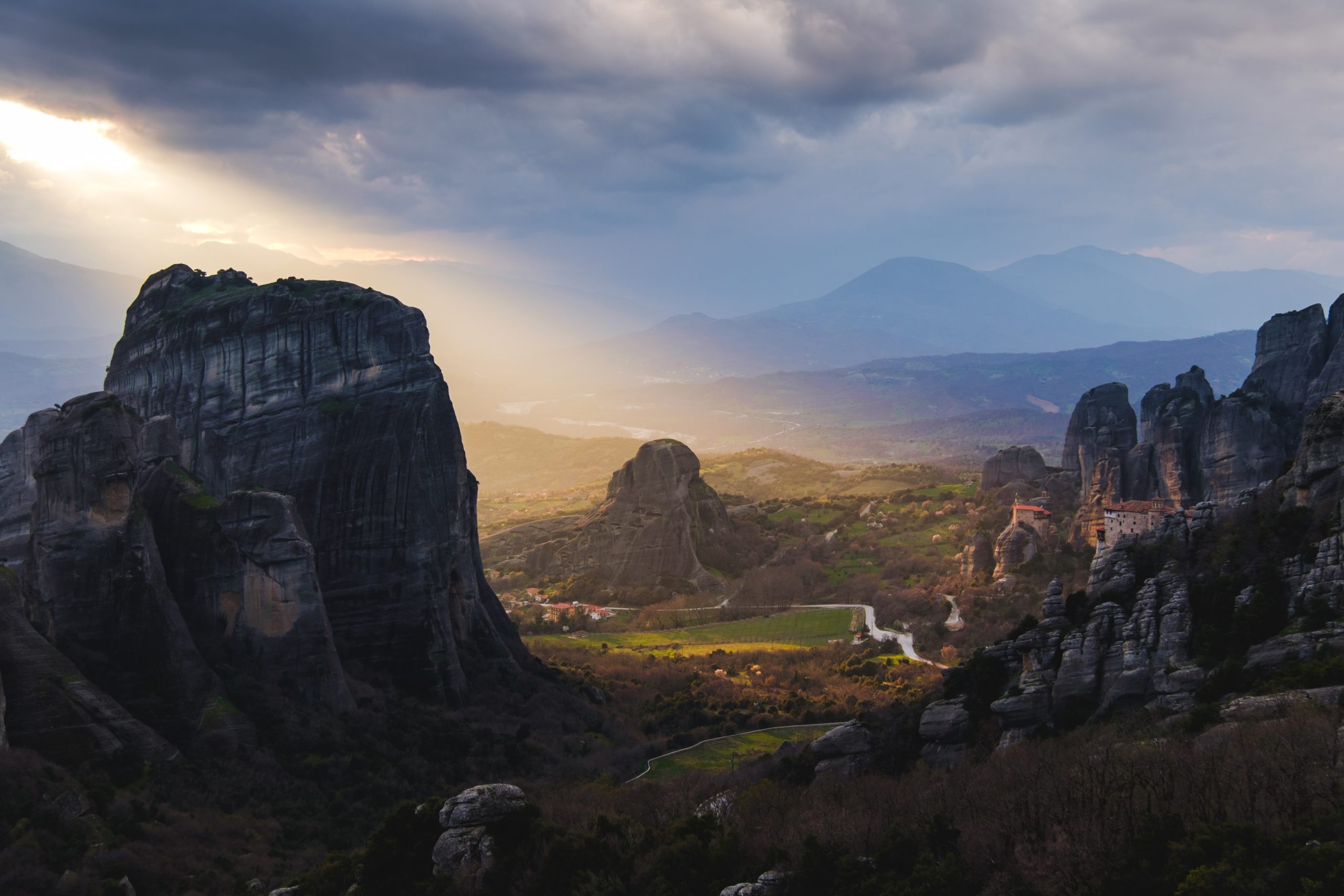 6. Marvel at the Monasteries of Meteora

Embark on a 7-day road trip of Greece and discover the cradle of western civilisation, philosophy and science in the country’s historical monuments, ancient cities and UNESCO-listed sites. On this ancient Greece tour, you’ll visit the sites of Mycenae, Epidaurus, Olympia, Delphi and the spectacular rock-topping monasteries of Meteora. No Greece mainland itinerary of 7 days is complete without visiting these breathtaking Byzantine monasteries sat atop majestic monoliths!

Okay, admittedly, this one is a bit of a cheat because on a Greek Islands sailing trip, you are sure to cover numerous bucket-list ticking destinations and sights! However, it seems entirely fitting for this list. If you find yourself on one of the many magical islands in this country, it is imperative that you carve out a little time, even if it is just an afternoon, for a Greek sailing tour. 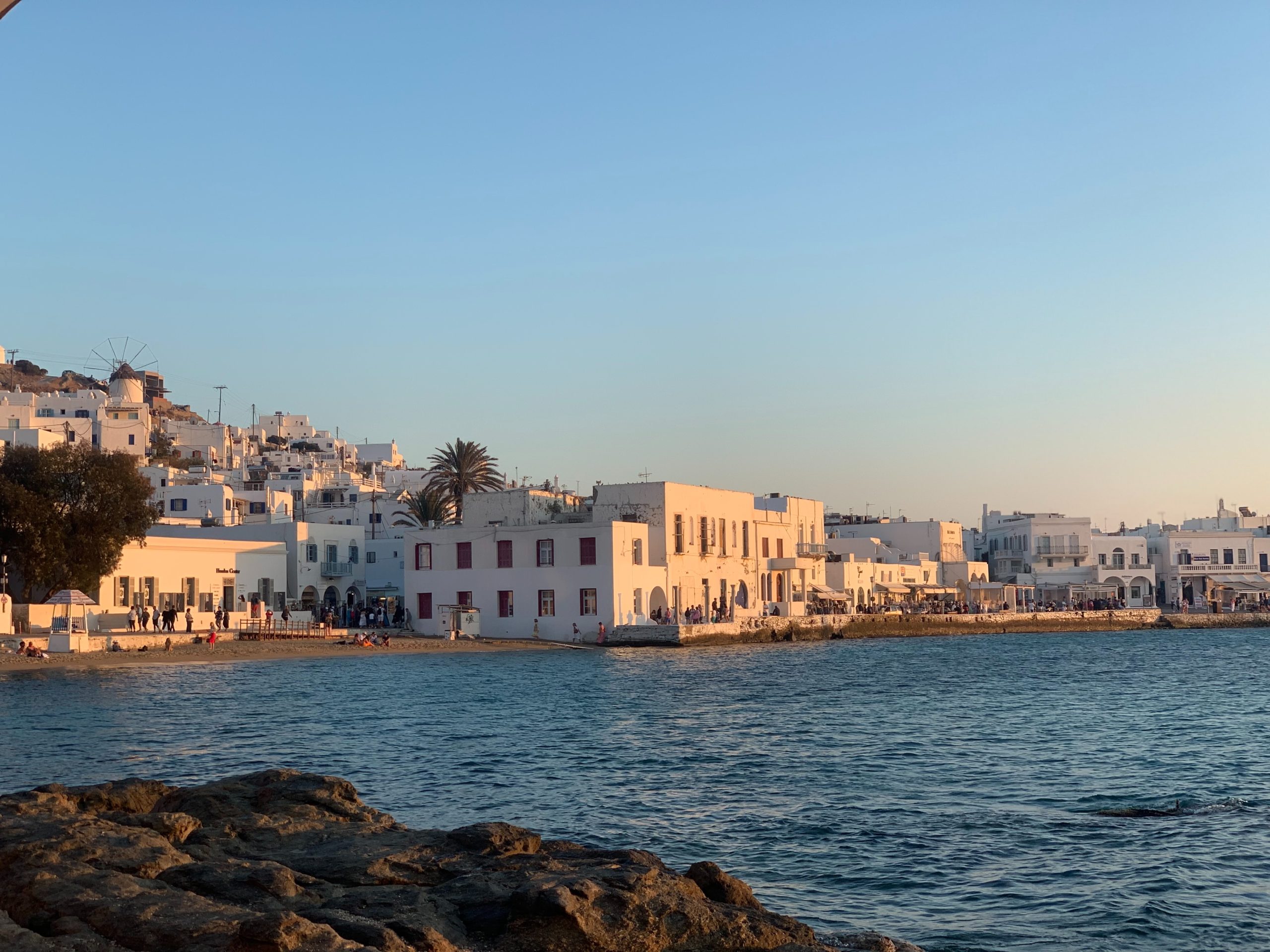 Want to Design Your Own Greece Trip?

If that’s something you’re asking yourself, then take the hassle out of trying to plan your dream trip to Greece by connecting with one of our Local Experts in Greece and let them do the planning for you. With years of experience designing custom itineraries, our Local Experts can take your budget, activity wishlist and travel preferences and deliver a dream 7-day Greece itinerary!

Browse our gallery of over 70 customisable Greece tours or use our special feature to ‘design your own Greece trip‘ and connect with one of our Local Experts to let them do the rest. It’s that simple!

The Croatia Travel Guide That Will Have...

These Spanish Cities will Reveal the Architecture...

The Only Tasmania Travel Guide You Need

Plan Your New Zealand Tour With This...

A Comprehensive Guide to Bali Diving