A Guide to Culture and Creativity in Brisbane, Melbourne & Sydney 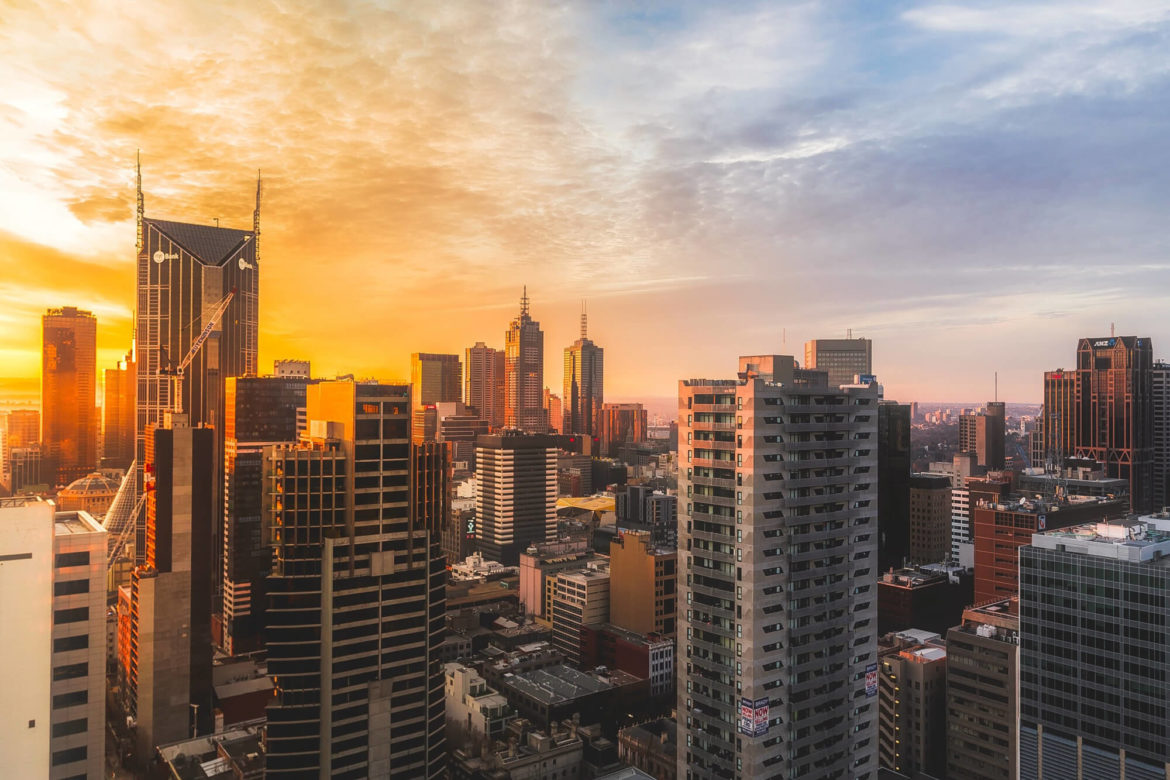 Australia’s top cities lead the way when it comes to kitsch creativity. Be it art, food or drinks, you’ll find something a little different in the streets of the thriving cultural centres of Brisbane, Melbourne and Sydney that creates a defining atmosphere unique to each city.

How does seeing or experiencing the arts enhance your travel experience in Australia?

The creative scenes of Australia are vital for the cultural representation of the diverse society that the country is home to. Delving into this will allow you to see Australia as locals do, with people from all over the world who share their passion for the arts, in the broadest sense of the word, and you get to savour the result and learn a little along the way. Creativity is experienced on the streets of Australia’s largest cities, and it comes to please all of the senses – you have to explore!

An up-and-coming cultural centre, while most will look no further than the Queensland Art Gallery and the Gallery of Modern Art, there is a quiet undercurrent that is bursting with creative flair found in boutique galleries hidden in the nooks and crannies of Brisbane’s CBD.

While the larger galleries are hosting big names such as Yayoi Kusama and Gerard Richter, the smaller boutique galleries focus on a much more local level, with exhibitions that open up a world of opportunities for local artists.

Brisbane’s boutique galleries branch into ceramics, sculpture, and jewellery, providing a platform for arts across all disciplines. Some favourites are The Robert Henderson Gallery, Hanosho and Edwina Corlette Gallery.

Wandering around galleries can get the tummy rumbling, so let’s get down to the real deal and get some grub!

The food scene in Brisbane upholds a reputation of outstanding quality across the board.

While the West takes street food from around the world and houses it in restaurants in the most upmarket parts of town, Brisbane’s thriving food scene is keeping it outside and on the streets. Whether you are looking for trucks distributing tacos to the masses or a banh mi stand that will make you question why you haven’t added coriander and pickled carrots to your sandwiches all these years, Brisbane has it. Finding your way around Brisbane’s food trucks will be easier and faster to go with one of our Local Suppliers.

The city takes a unique stance on street food culture and maintains a status of style; think street food meets contemporary chic, and you’ll have the right idea.

The trucks operate at all hours of the day to meet your culinary needs. Why not mix it in with Brisbane’s Art Scene?

Melbourne has a long and well-grounded reputation for being the epicentre of creativity in Australia. Whether you are interested in art, food or coffee culture, the laneways of Melbourne exhale a stench of artistic flair that will seep into your pores as you inhale the fumes of a path well-trodden by graffiti artists. 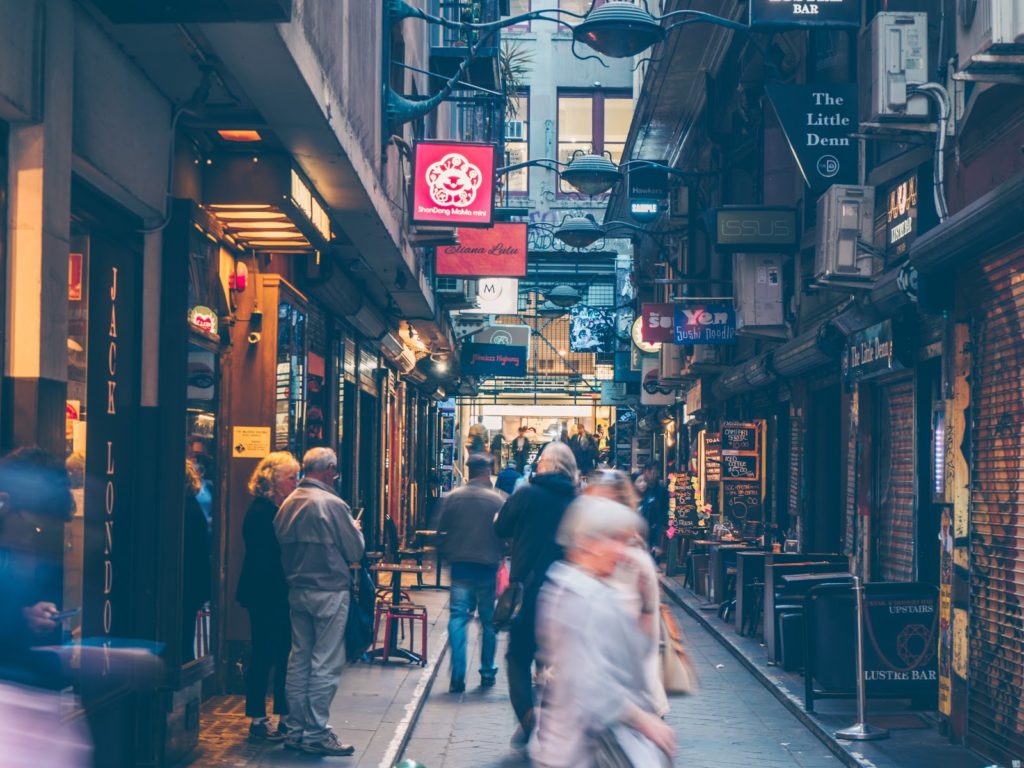 Melbourne sells itself as a city that thinks outside of the box, or rather, removes the box entirely to encourage a more open and engaging manner of making. Whether or not this is seen on the streets is for you to decide. But honestly, you’d have to have all of your senses taped over to avoid it.

There are over 100 galleries to explore, excluding the laneways that house outdoor galleries – an intimidating thought! However, with a little help from one of our Local Suppliers, you’ll be able to see the best work in the city. Some of the venues with highly reputed works are Heide Museum of Modern Art, Prahran, the Australian Centre for Contemporary Art, and of course, the infamous Flinders Lane.

To guarantee you see the best in the city, discuss how much time you have and what you would be interested in seeing with one of our Local Suppliers to make sure you don’t miss out.

When it comes to coffee, Melbourne has earned an air of pretention that can be excused; it’s the greatest coffee haven in the world. Whether this classifies as coffee grounds, roasting or the first sip from the cup, the artisans of Melbourne and their need for a good cuppa dates back to when Europeans first set foot on Australian soil, longing for a freshly roasted brew that would taste like home.

Each shop has its idea of how good coffee should be made. Some of the makers and shakers at the top of their game are Seven Seeds (with outposts called Traveller and Brother Baba Budan too), Padre Coffee (they have five shops across the city), Omar and the Marvellous Coffee Bird, and Axil Coffee Roasters.

To feel the beating pulse of Melbourne eclectic vibe, check out 2-Day Explore Melbourne Like A Local 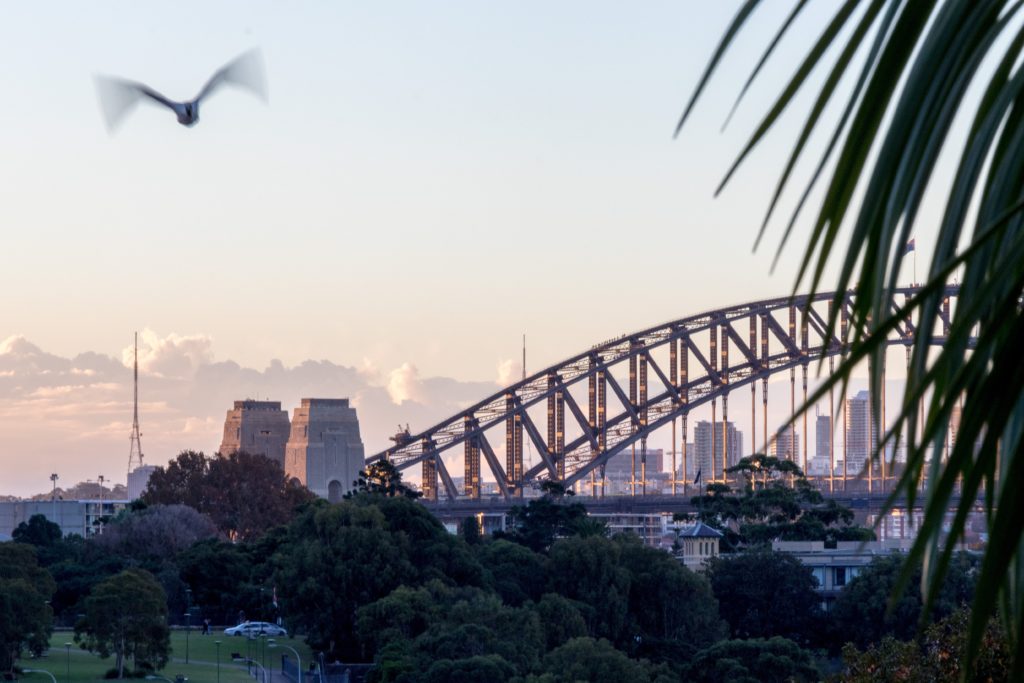 Eating your way through Sydney could be the culinary experience of a lifetime. Foodies often wonder whether or not they gave themselves enough time for the city, particularly when walking through Sydney’s most exclusive and eclectic centre, Surry Hill.

Sydney’s restaurants and cafes don’t stop at good food; they take it that one step further with inventions that revolutionise your idea of cooking is and should be. If the sound of that made your face screw up, fear not! Sydney’s gastro-pub scene is equally as ground-breaking.

Interspersed by quaint boutique shops, some of the best spots to refuel are Bourke Street Bakery, which will cater to breakfast on-the-go or a light lunch; Longrain, a restaurant famed for Southeast Asian favourites, and finally Bad Hombres, for the Mexican-Chinese vegan dining experience that you will won’t find anywhere else in the world.

Bellies full, it’s time to venture out to some of Sydney’s top galleries. The city presents some of the quintessential art experiences of Australia with galleries such as White Rabbit, which hosts one of the largest collections of contemporary Chinese art in the world. There are also a plethora of culture and art centres that celebrate aboriginal art, some of the most notable are Cooee Art Gallery and Spirit Gallery, near The Rocks, one of the first areas to be colonised by the British in the 18th century.

The city is home to the Biennale of Sydney, a 2-month long series of exhibitions respectfully located on the land of the Gadigal people of the Eora Nation.

Whether you go to Brisbane, Sydney or Melbourne, creativity makes a social scene that celebrates, encourages and inspires people to make more. You’ll witness this in the diverse and exciting array of exhibitions and workshops that paint the town or, through pop-up restaurants, bars and exhibitions.

And, who doesn’t enjoy delectable food and wine on their doorstep?

As locals themselves, Tripfuser’s Local Suppliers are ready and waiting to design a trip that will allow you to eat and drink your way through these cities while seeing what locals artists have to offer. To make sure it is the best possible trip for you, you can work with them to customise the journey of your dreams. Click here to start designing your ultimate Australian adventure today.

Outback, Coast or Both? Three Amazing Trips to Do in Australia

What Teenagers Really Want from Their Next Family Holiday

Where to Discover a Different Thailand

A Comprehensive Guide to Bali Diving

All You Need to Know About Travelling...

5 Glorious Scottish Moments and When to...

The Complete Guide to Laos Waterfalls

Top Eight Things to Do in Kuala...

9 Incredible Experiences You Can Only Have...

How to Spend Five Days in Norway